They say that teaching is the only profession that creates other professions.  I believe this to be true.  Without a teacher there wouldn’t be doctors, engineers, mechanics, artists, etc., and yes, more teachers.

Most, if not all of us would agree that our first teacher was our parent (mom).  She taught the difference between right from wrong.  Then at age 3 or 4 (sometimes older) we are sent off to school everyday to learn from another person … our school teacher.  Our teachers change from subject to subject, quarter to quarter, term to term, year to year.  And in all that time and all those teachers there is often one or two that we remember fondly — the teacher/s that made a great impact in our life.

Director Anthony Hernandez honors teachers in his upcoming film, New Generation Heroes.  In this film he features four (4) teachers starting with a retired, well-respected and well-loved teacher of 40 years played by Anita Linda,

Third is an enterprising teacher named Lolita played by Mrs. Universe 2017 Joyce Peñas Pilarsky.  She is a widow and the sole provider for her children.

Her need to raise her family has led to her finding all sorts of ways to make enough to make ends meet besides teaching – networking, buy and sell, selling home-cooked meals, etc.

And last is Cora played by Aiko Melendez, an OFW who is an English teacher in Korea.

She decided to work overseas in an effort to give her family in the Philippines a better life — tuition for her 2 children and the construction of their home.  Little did she know that her husband was using the money she sent home on alcohol and gambling and her eldest child, Tony, was a drug addict.

Her son, Tony, was killed by the police as part of the government’s operation “tokhang” and this became her motivation to leave her job in Korea and decide to come back home to the Philippines.

Four stories of dedication, strength of character, love of family … these four are the new generation heroes.

New Generation Heroes can be viewed at SM Cinemas starting Oct. 4, 2017.  Watch this film and think about those beloved teachers from our past and present. 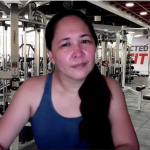 Penny wears many hats. She is an educator, writer, editor, blogger, social media manager, web developer, and enthusiastic home baker and cook. As an educator, she teaches multimedia and web development at both the senior high and college level. On the side, she writes and edits textbooks, writes AVP scripts, manages clients’ social media accounts, designs websites for clients, and writes on her lifestyle blogs about family, health, pets, and cooking.

At home she is the resident “chef” and enjoys trying out simple to complicated recipes every day for her family to enjoy from available ingredients – baked, fried, steamed, stewed, grilled, broiled – she likes to do them all. Making dishes from scratch is something she loves to do. She also likes experimenting and creating new dishes by building on ready-to-eat dishes that can be bought at supermarkets and groceries.

Filinvest City encourages us to “Be The Light”

Experience BPI lifestyle in the time of COVID-19

Filipinos developed solutions at home together with NASA

Coffee That’s Really Good For You. Glorious, Isn’t It?

Embracing a relaxed and leisurely lifestyle in North Luzon